An Alternator generates electricity in a vehicle. Without a device to generate electricity, the electrical demands in a vehicle could drain a fully charged battery in a matter of hours.

It takes a lot of power to start an engine and meet all the various electrical needs of a vehicle. While different batteries can have enormous capacities, eventually the headlights, heater, air conditioner, radio, and navigation, would all drain the battery of power.

An alternator charges the battery while the vehicle is running by turning mechanical energy from a spinning pulley into current. The rotor, brushes, and other internal parts of an alternator wear out over time, so replacing it will become an eventuality.

The symptom most drivers recognize is dim or flickering lights. This is really obvious when headlights are on at night but also noticeable with dash lights and the centre dome light. If the lights brighten as RPMs pick up, that’s even more of a sure sign that your alternator may need repairs or replacing.

Electrical vehicle equipment, like power seats or windows, might be slower to operate. Without enough power, sometimes the device will not function or will suddenly stop working, like the radio turning itself off.

If the engine suddenly cuts while driving, it could be an alternator issue. Fuel injection needs a good amount of electrical power, and without it the engine quickly stalls.

The fan belt could have stretched with age and may not be spinning the alternator pulley effectively, leading to a lack of charge. This typically results in a squealing noise. On the other hand, the internal bearings can wear out, causing a growl or grinding noise.

If you have replaced your battery and it goes flat again or it does not charge up after driving for at least 20km’s after a jump-start, it is more than likely your Alternator. Contact us to have an Engine Scan or to have your alternator repaired or replaced. We also supply batteries if you need to replace your battery.

We are Genoapay Merchants, Work and Income Suppliers and we accept Mobile Debit and Credit Cards for your financial convenience. 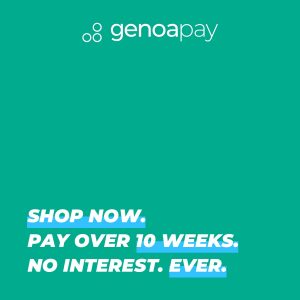 Need a special repair service? We are happy to fulfil every request in order to exceed your expectations.

Fix n Fit Auto
5.0
Based on 18 reviews
powered by Facebook

Jessica Van Wanrooy
2020-02-26T08:06:50+0000
Mark is such a helpful guy and great mechanic. He always goes above and beyond! He has even done a few things free of... charge for me, like coming to jump start my vehicle on short notice. I’ve appreciated his help with many different mechanical issues and vehicle related advice. Best of all, his prices are affordable and fair. I would recommend him to anyone! Thanks Mark, you’re a star.read more

Kirsty Horne
2020-01-31T06:16:46+0000
Fantastic service got Fix n Fit out to Reporoa to redo gas in two vehicles then he came back to fix another issue with... one of the cars excellent service no km charge very affordable and fruendly service i would highly reccomend this service and will defenitly be using him again.read more

Nadine Kay Hogan
2020-01-16T11:21:14+0000
Highly recommend, going way above and beyond to help my daughter out with her car issues, great communication, gets the... best deals on parts just an overall great guy to deal with. Thank you Mark, it’s making this whole experience so much less stressful.read more

Hannah Elizabeth
2020-01-05T18:29:05+0000
Your commitment to customer service is beyond exceptional. Thank you for getting our camper van back on the road and... working most of New Year's Eve and New Year's Day to do it. You rescued our holiday. We can't thank you enough. Mark and Eileen (and Toby) Cullen.read more

Beth Eaton
2020-01-05T09:24:59+0000
Would like to say thank you for being so helpful and honest in getting our car up and running. You're a good guy and we... are very appreciative of your help with getting us back on the road, you did more for us than you had to which was so kind of you. We were very lucky with who we met during our unlucky experience 😂 would 100% recommend Mark to everyone in the area.read more

Sam Jones
2020-01-05T09:19:34+0000
Me and my girlfriend were stuck at 5 mile bay in Taupo. Mark was very quick to arrive on the scene and even though it... was far from a simple fix, he was very fair with the pricing and we are very happy with the result.read more